Forget Your Fear of Failure: Launch Your New Career in 2018

Jumping in to launch your new career can be scary. It takes commitment, and it takes work. A lot of work. People tend to know this, but one thing that isn’t talked about as much is that it also takes courage.

The fear of failure prevents many people from taking the first step to make their dreams a reality.

Is the fear of failure stopping you from making the commitment to take a risk? If it is ,  know that you’re not alone. It’s human nature to have this response. The question is, will you let the fear of failure cripple you, or will you face your fear and go for it in 2018?

The fact is, committing to launch your new career is a tough decision to make. How do I know? I’ve been there. 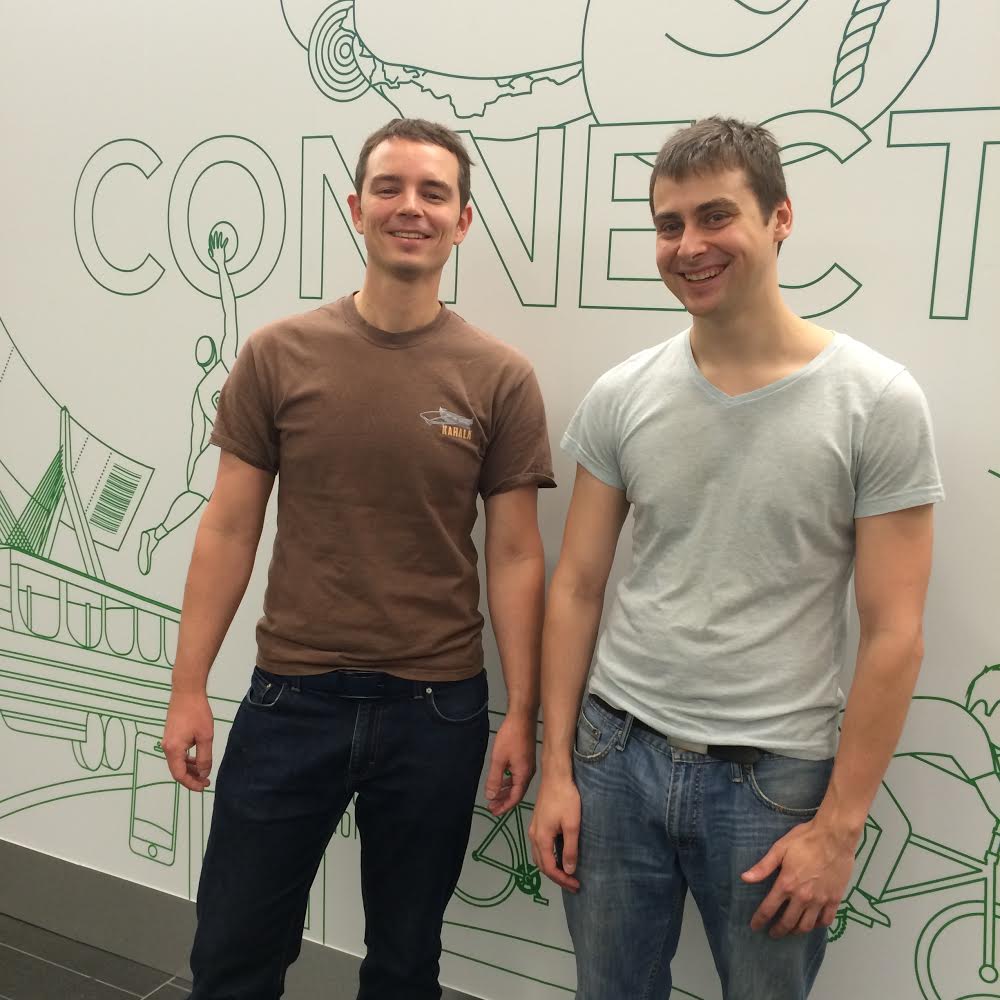 I knew in my heart I wanted to start a company and that I loved teaching web development, but pulling the trigger by giving my two-week notice to start a business teaching web development was a hard decision to make. Not because I thought it was the wrong decision — but because I knew that building a business is a bit pretty big risk — what if I failed?

I pulled the trigger and gave my 2-week notice. I told my friends, family, and coworkers — even though I was terrified. Some people believed in me. Other people didn’t. But I faced my fears and went for it.

From that point on, the question, “What do you do?” couldn’t be answered with, “I have a job,” the safe answer that everyone expects to hear.

As soon as I made the decision to go for it, I was committed. Before this point, I was half in. I was kind of productive, doing some work but not willing to go outside my comfort zone. Once the world knew, I had to do whatever it took to make it happen.

The process of telling everyone what I was doing stopped me from caring about “how so-and-so would react.” I finally knew because I told them. When I stopped thinking through random scenarios, I finally focused 100% on the only thing that mattered to me — building the best company I was capable of building.

Before I knew it, I was running coding workshops with Marco (my co-founder at Firehose Project) at some of the best universities in the country. Universities like Harvard Business School, Carnegie Mellon, Babson, Rhode Island School of Design, Brown, and more. Fortunately, things worked out for me.

The process taught me a lot about making real progress toward lofty goals. The fastest way to achieve your goals is by living outside your comfort zone. Most times it’s easier said than done, and people give a lot of lip service to it, but instead of giving you a lot of “rah-rah, just do it,” here are some realities that will help you face your fear in 2018.

Reality #1: It’s scary how little people care about what you do

People’s lives are busier than ever. You’d be surprised (maybe even disappointed!) by the response you’ll often get when you bite the bullet and tell that person you’re afraid of failing in front of. In most cases, they’ll probably just say, “cool, go for it, but I’m busy worrying about stuff in my world over here.”

How you spend the hours of your day is a lot less important to most people than you think, and most people don’t even have the energy to judge you.

Reality #2: But if you’re lucky, someone will tell you that you’re an idiot and you’re messing your life up

Nothing is a better motivator than the desire to prove someone wrong. The sweet taste of being able to say, “told you,” in 6 months, 12 months, or 2 years will get you through the hard times — and there probably will be hard times if you’re shooting for something aspirational.

Let their disapproval be the engine that drives you forward to launch your new career.

Reality #3: You’re Definitely Going To Fail (In Some Way)

Chances are, everything won’t just “click” straight off the bat, and that’s okay.

You’re probably going to mess up at first. The question is when you do fail, are you going to keep going for it, or give up? It might take 10 times, 100 times, even 1,000 times, but if you fully put your heart into something, I strongly believe you’re going to win in the long-term.

You need to be resilient. Never give up until you launch your new career.

Self-confidence is everything when you’re playing the long game

When rejection happens — which is inevitable — you can’t let it rattle you.

For instance, you’re probably going to get rejected from a job interview at some point. Everyone does. There are two ways you can frame it in your mind. Many people will lose confidence from the experience. They would think a little like this:

The fact that some random dude doesn’t think I’d be a good fit for this position means that I’m a terrible developer and not worthy of getting a job. I should just give up now. Maybe I should go back to work for a job I hate.

Self-confident people are wired differently. First, they’ll analyze the situation: Is there some logistical reason it’s not a good fit? Did they think you were an expert at MongoDB and require deep expertise that you just don’t have? The skills that you have, which are solid and incredibly valuable, could potentially not be the reason you didn’t get the job offer.

Maybe there’s just a candidate whose tool belt is more aligned with what the job entails. This doesn’t mean your skills are poor.

But even if this isn’t the case — stop feeling bad for yourself and mentally move onto the next opportunity. Think like this:

It’s unfortunate the hiring manager wasn’t smart enough to realize how much I would knock it out of the park in that position. The company I do end up working for will benefit from this hiring manager’s mistake.

You need to play the long game on full offense. If you haven’t spent 6+ months working, you should keep going. Let each setback push you to work harder, spending even more energy to launch your new career.

If you’re shooting for a lofty goal, you can’t be partially invested. Let failure motivate you to come back with gusto, not demoralize you. Aim to quickly try and fail everything you think could possibly work. Rinse-and-repeat day-in and day-out, and 2018 will be the year you launch your new career.

You have one life. Don’t waste it playing it safe.

The sooner you put yourself out there, the sooner you will fail. End of story. If you get knocked down, are you going to get back up?

I want you to know that if you hate what you’re doing every day and are seriously considering taking the steps to launch your new career, starting a business, or really anything, you should go for it.

Taking a risk in 2018 might just be the smartest, most practical decision ever, even if the rest of the world thinks you’re crazy.