How Shaun Found His Place as a Web Developer

A few years ago, Shaun graduated from college and began a career in construction as a project manager. However, shortly after embarking on his new career, Shaun wasn’t satisfied and realized that construction wasn’t the right field for him. He started looking into other industries and areas that might interest him, which initiated his exploration of coding. He dabbled a bit in Python, completed a few free tutorials online, and was hooked.

Shaun found that coding was what he had been looking for, and decided he wanted to switch careers to join a development team at a fast moving company. But Shaun also quickly realized that the introductory resources he was using would not get his skills to the professional level he would need them to be at to land a job. 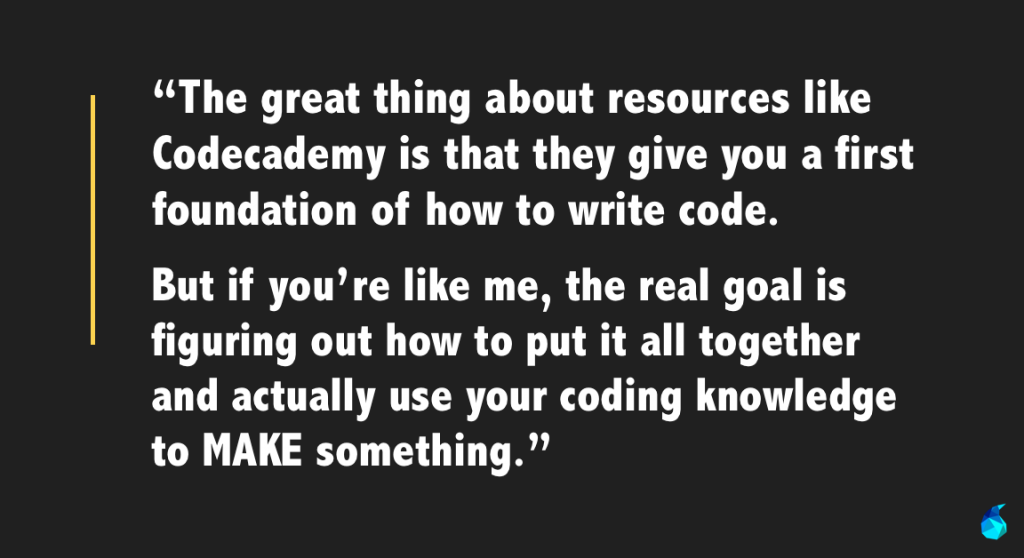 After some extensive research into many different coding bootcamps, Shaun decided to give the free Firehose coding intro course a shot. He gained a solid foundation of coding skills, had his code reviewed by Firehose mentors, and was eventually accepted into the full Firehose program. 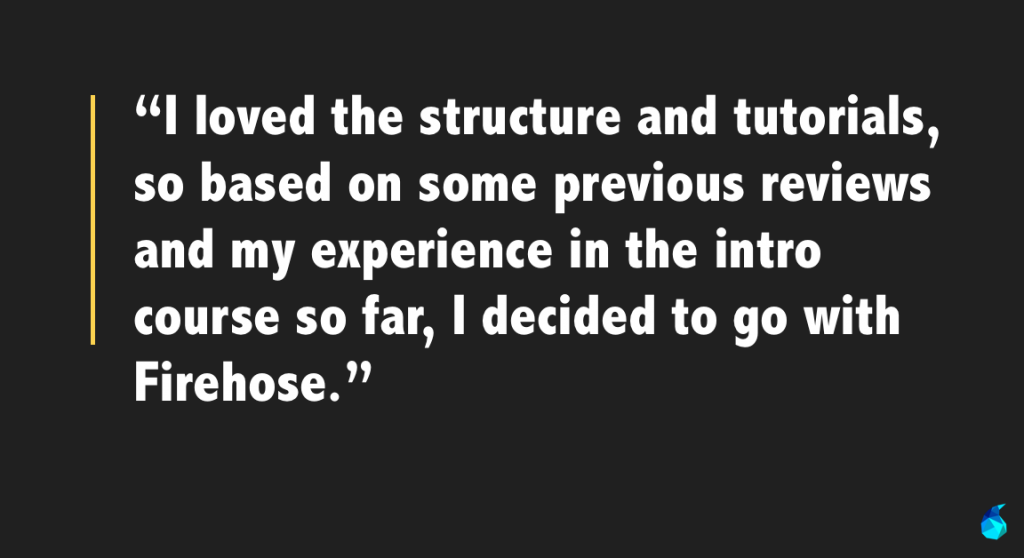 Shaun went through most of the Firehose curriculum on nights and weekends, and took full advantage of the flexible course structure, mentor sessions, weekly office hours, and support channels. He built out multiple fully-functional web applications within the first few weeks, and focused on honing his real-world skills through knowledge and practice in algorithms, object-oriented programming, and test driven development. Throughout his time in the program, Shaun contributed to the Firehose community, pair programmed with other students, received help from his peers, and helped others out. 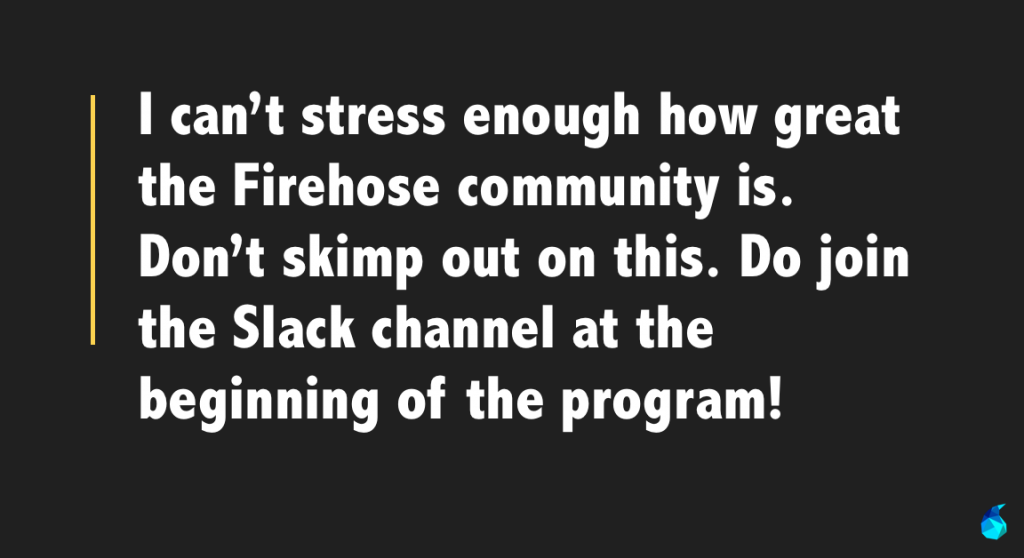 For the last six weeks of the program, Shaun joined one of the Agile team projects to build a much bigger and more technically advanced web application, just as he would soon do in the real world: as part of an amazing team. He engaged in the weekly scrum meetings with his team and their mentor, helped manage outstanding coding tasks, reviewed code, and received feedback on how to improve his own code.

During the Agile team project, Shaun had to apply all of his previous coding knowledge to figuring out how to solve complex technical challenges and implement them effectively through code– simulating the skills he’d need on day one at any professional web development job. 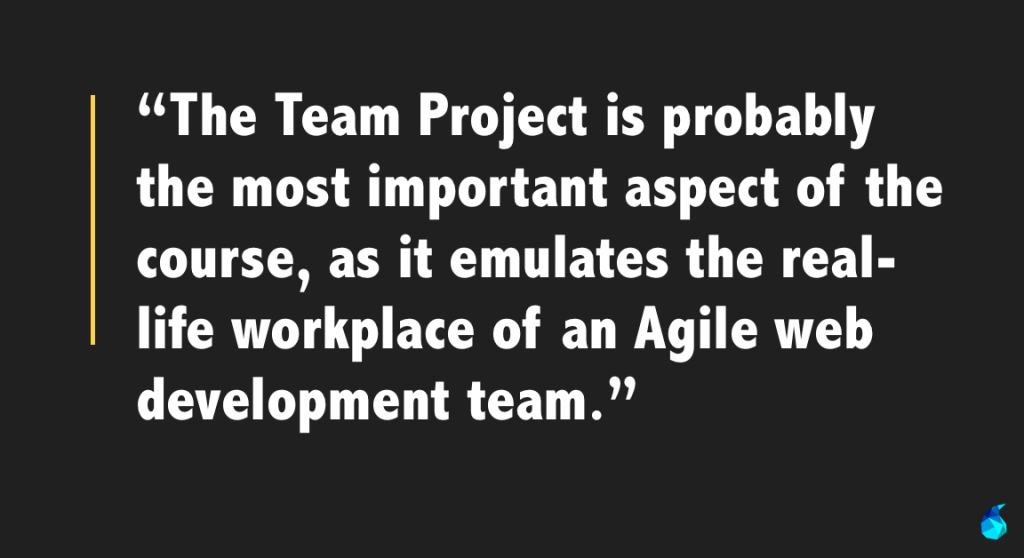 At the end of his 15 weeks in the Firehose program, Shaun consulted with his mentor and the Firehose team, and developed an action plan to quit his current job and switch careers. Shaun took the plunge, and left his career as a project manager in the construction industry. Throughout the weeks following his official graduation, he kept up with the entire Firehose community and checked in regularly with the Firehose team for additional advice and guidance. 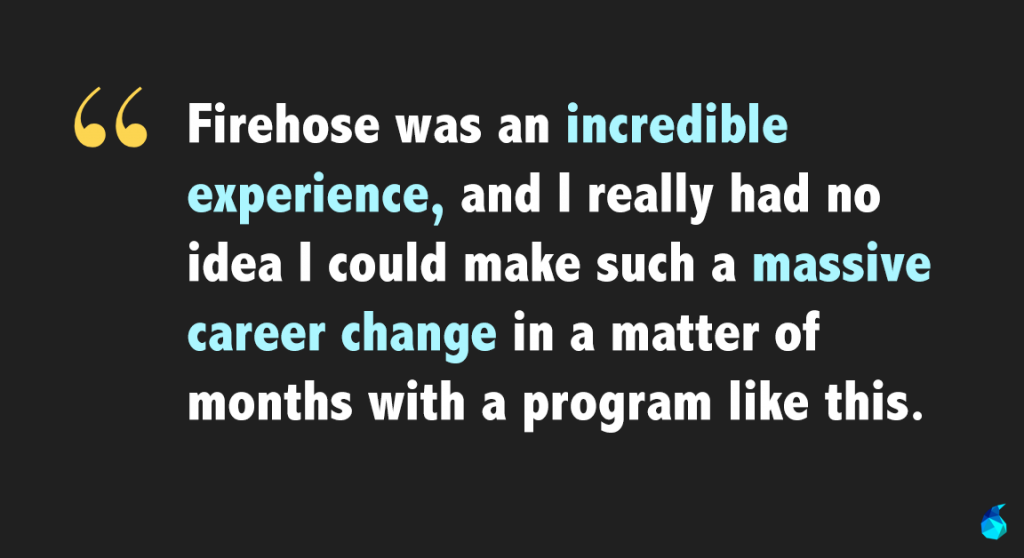 Six weeks after graduation and several technical interviews later, Shaun accepted a full-time job as a Rails developer with Move.com, an established company with an Agile development team and a wealth of senior developers ready to take him under their wing.

See Shaun’s full review of the program on Quora: