Is Technology Making A Positive Impact On Society?

Technology is constantly evolving. Overall, I like to think that it’s making the world a better place. You no longer need to clean your house. iRobot’s vacuum will do that for you. You can easily speak face-to-face with friends and family who are millions of miles away. You have access to all of the information in the world in the palm of your hand. All of these things are pretty amazing. But they don’t get into the complicated moral issues.

As technology becomes more and more sophisticated, complicated issues are increasingly coming into play. These types of issues often lead to a heated argument around one question:

Is technology making a positive impact on society? 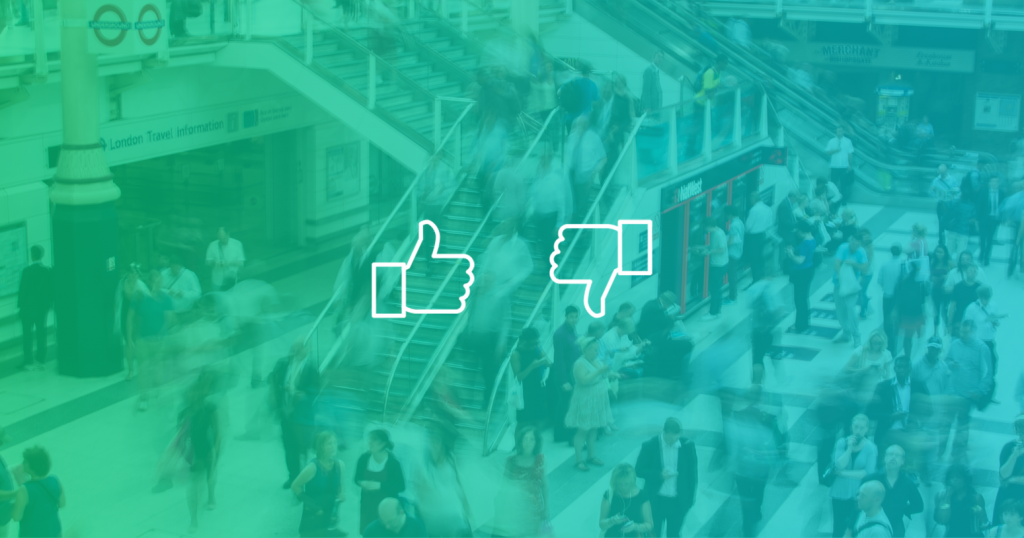 Let’s take a look at a totally realistic scenario.

A self-driving car is driving through an intersection.

A human driver illegally speeds through the red light and is on course to impact the self-driving car.

The car could swerve out of the way, but doing so would hit an innocent pedestrian.

The self-driving car is a computer. Computers are programmed to deal with edge cases in a local manner. So, how should the car operate? Two arguments could be made:

For a computer program, those are the only 2 options. And they’re both bad.

Which option should we choose?

Mercedes already made a call for their driverless cars. It will save the passengers over pedestrians.

I’m really not sure which option we should program into the car. There are always scenarios in which a decision needs to be made and all of the available options are terrible. When it comes to AI dealing with life and death situations, there is no clear-cut answer.

But that doesn’t necessarily mean that we shouldn’t use the technology.

Most mistakes happen because of human error. Computers can have bugs. But as software gets better and better, computers will be able to outperform almost all humans. In fact, self-driving cars are already safer than human drivers.

In this case, I’d argue that the technology behind self-driving cars is making the world a safer (and better) place.

There are so many other areas where technology and AI are improving the world around us.

Here are a few that you might not even be aware of:

Robotics and Artificial Intelligence are helping our global environment.

Technology allows firefighters to detect fires that they wouldn’t otherwise be able to detect.

But like with any other technology, it’s susceptible to human error too.

If you lie to the doctor to say the socially acceptable thing, it can get in the way of actually letting the software do its job.

Technology can help save lives!  But it still does face the challenge saving us from ourselves.

And there are some just quirky little things that technology can help with, too.

Mark Zuckerberg has programmed his home with an AI robot names Jarvis that does some cool things for him:

When I worked at PayPal, we had a popcorn machine.  A co-worker used a raspberry pi to detect when the batch was done, and he set up a twitter account to automatically tweet about it.

Technology is positively impacting so many different aspects of our lives.

All of that said, you could argue that certain applications of technology are moving in the wrong direction.

The ability to precisely perform military actions without risk of the pilot is quite controversial.

Many people will argue that this dehumanizes war, which can lead to more innocent deaths around the globe.

You could also argue that technology is making us less connected to the humans that are around us.

While it’s amazing to have the world’s information just a tap away at all times, it does cause a lot of people to tune out the people that they should be connecting with in real life.

And while ride-sharing technology, like Uber, is making transportation easier and cheaper for millions of people around the world, it also has the effect of driving lots of cab drivers out of work.

Technology companies are regularly putting lots of workers from all types of traditional industries out of work.

Along with globalization, you could argue that job automation played a significant role in the the 2016 U.S. election because of the impact it’s had on people in traditional industries. Automation isn’t stopping anytime soon. And for lots of people, this has a negative impact on their lives.

It’s wrapping its tentacles around the society we live in. Technology is becoming the core of all kinds of industries. Technological innovation is replacing tasks that were previously done by people, and it’s doing it in the 3 below ways:

As with anything, there are a lot of trade-offs that come with change.

In our current society, do you think technology making a positive impact?

Let me know in the comments section below.

One thought on “Is Technology Making A Positive Impact On Society?”