Shake It Off: How to Overcome Imposter Syndrome

With respect to coding, it’s a fear that people will uncover the fact that you’re just starting out, and that you’re not “one of them.” It’s fear that will undermine your progress as a developer. If someone can determine your ineptitude from only a couple minutes of conversation, how can you be motivated to continue learning?! When will you finally feel ready to live up to the world’s expectations?!

Sadly, while imposter syndrome is very real, its only side effect is preventing people from taking action. And since the only way to achieve your goals is to take massive action, it’s something that new developers just starting out need to overcome.

From a biological level, fear of rejection exists to keep us safe. Early humanoids were only able to keep saber tooth tigers and wooly mammoths at bay by grouping up and facing them together as a team. Ostracism from a group was a life-or-death scenario, and it’s why humans are wired to fear rejection more than death itself.

Faking it until you make it is not the strategy you should take in this process. Instead, focus on being completely honest and upfront about your situation.

Be honest. You may be feeling anxious about attending your first meetup or developer conference, but it’s highly suggested if you’re breaking into the tech scene. If you’re feeling the imposter syndrome creep in, keep in mind the phrase:

I’m still learning how to code.

It’s the only thing you’ll need to bail yourself out of any situation. Generally, developer events are beginner-friendly, and so long as you don’t act like a know-it-all, that one small sentence will bail you out from any trouble you could potentially face. 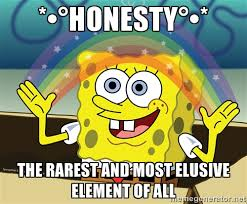 Step #2: Let Confidence Come from Within

Don’t derive your confidence from other people’s perspective of you. We’ve all faced the imposter syndrome at one point in time, and likewise, it’s a valuable skill to learn how to stop letting what other people think of you matter.

Personally, I’ve written some good code in my career as a developer, but I’ve written a lot of bad code too. I accept that there’s plenty I don’t know about in programming. If someone told me point-blank: “Ken, you are the worst programmer I have ever met,” I’d probably just chuckle and talk about more of the failures I’ve faced in my career.

The fact of the matter is, I don’t know everything, but I’ve faced enough challenges to know that I can figure the stuff I don’t know out. If everything I know about programming became out of date tomorrow, I’d be excited about learning the new technologies.

I would love to tell you that I’ve been offered every programming job position I’ve interviewed for, but that would be a lie. I’ve been turned down countless times, especially early in my career. Instead of dwelling on the situation, I moved on with confidence, and just assumed the hiring team didn’t see the potential in me that I knew was there.

Dale Carnegie said it, and truer words have not been spoken. The longer you avoid doing something, and the more you think about doing something without taking action, the more inaction will set in.

Instead, when doubt sets in, do what Shia Labeouf would do. Do it. Just do it. Don’t let your dreams be dreams! 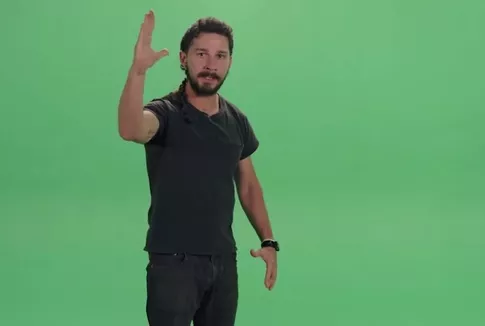 You don’t need to be confident to try. Jump in with both feet and work past your initial anxiety. Take action despite feeling nervous.

Things might not pan out immediately, but you’ll quickly learn that the downside of trying something and having it not work exactly as you imagined isn’t all that bad. This is how real confidence is built.

Nervous to apply for a job? The worst thing that can happen is that they won’t get back to you. That means the only downside is a few minutes of lost time.

Imposter Syndrome in the Real World

Feeling imposter syndrome when learning to code is completely normal, and it can be difficult to logically reason about things that you’re feeling emotionally, so let’s talk about imposter syndrome in a polar opposite space: the gym.

Seemingly every week on /r/Fitness, the same question gets asked. There are numerous variations of the question:

I’m a very shy person and tonight I’m going to the gym for the first time but I am very nervous when I get there because in my mind I just think that people will stare at me at how unfit I am and judge me and the weights I lift..is there any way for me to overcome this?

Imposter syndrome at the gym is totally normal. If it’s your first time going to the gym, it’s highly likely that your body will be in a different state than some of the other people there. Your physical condition will convey the fact that you’re not the type of person who regularly goes. You’ll be an outsider… an imposter!

But, the response to almost everyone who is looking to go to the gym for the first time is a strong one:

In fact, if you were to attend the gym I go to and it’s been years since your last visit, it’s highly unlikely people would be looking at you. That’s because everyone is too busy looking at me. I’m the guy slamming my weights to the ground. I’m the guy who is making loud noises. I’m the guy who is taking selfies in the gym mirror. Just kidding (usually, anyway).

The fact of the matter is: worrying about people taking notice of you when you’re trying to fit into an environment where everyone is trying to stand out is irrational. It’s a normal feeling, but it’s not based on reality, and it only takes visiting the gym two or three times to realize you’re no different from everyone else.

The same is true in the coding world. If you attend a coding meetup that attracts 70 people, it’s highly unlikely that you’re either:

And everyone at the meetup is looking to improve their coding skills and coding situation.

You’re no imposter. Learning to code means learning new things everyday. As pointed out on Reddit, if someone claims to be an expert software engineer, you already know it’s not true because none of us feel like we have any idea what we are doing.

Who couldn’t use a confidence boost? Share this post with your friends, and make sure to bookmark it for a rainy day!

4 replies on “Shake It Off: How to Overcome Imposter Syndrome”