11 Programmers Who Changed The Game

A lot has changed in programming over the past few decades. Up until the mid-1970’s, programmers had to use physical punch cards to write programs. Thankfully, technology has rapidly evolved. In the process, programmers have been given the power to do some really amazing things.

Today, with so much of the world dependent on technology, programmers are extremely highly valued. Each day, they’re building amazing things for the world that we actually live in. How did we get here? It’s complicated. But much of the credit has to go to a special group of programmers from different backgrounds who have all played a role in moving the world forward.

In this post, we’ll take a look at 11 different programmers from vastly different backgrounds who have helped change the industry. 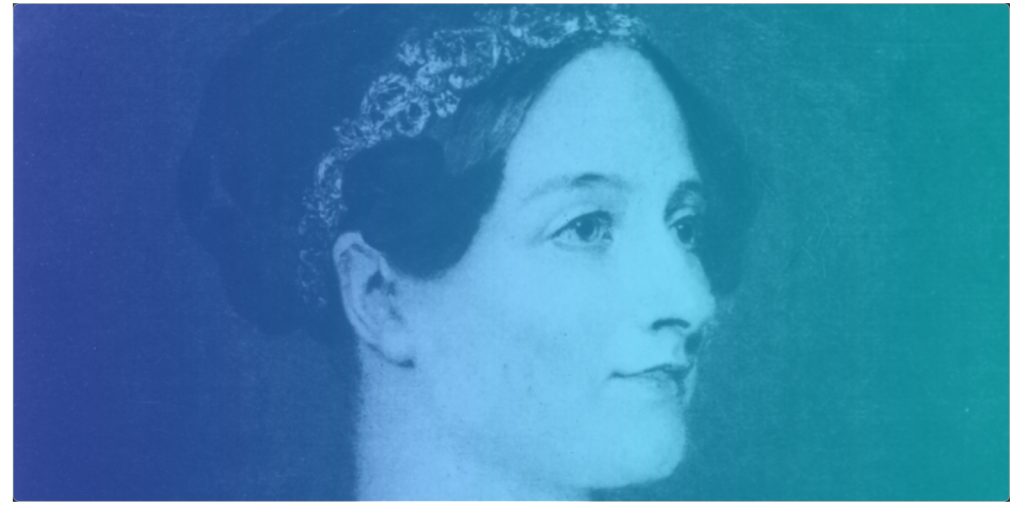 Ada Lovelace, an English mathematician, is generally considered the first computer programmer to ever exist.

When Ada was alive, computers didn’t exist. But there were proposals of an Analytics Engine, which essentially was a mechanical computing device. The Analytics Engine was never built, but it was the first proposed device to be “Turing Complete.” This means that it was basically capable of solving all the same problems that modern computers can solve, just at an incredibly slower pace.

Ada wrote the first algorithm to calculate the Bernoulli numbers, a number pattern sequence that related to calculus concepts proposed by a Swiss mathematician in the 1600’s. This was designed to be run on one of the devices mentioned previously. Because of this, Ads is generally recognized as the first person to understand the power of computing.

Even today, it can take a bit of work to set up a coding environment. So, you can really appreciate Ada’s brilliance when you consider that she was the first computer programmer and didn’t even have access to a computer while alive.

This is probably the most obvious one on the list.

Zuckerberg dropped out of Harvard during his sophomore year. He bet big on himself and built a product that has gained incredible widespread adoption.

While he was initially addressing Wallstreet during Facebook’s IPO, Zuckerberg notoriously wore a hoodie instead of a business suit. The programming community has almost always valued skills over formalities, so it was pretty cool to see this in practice with such high stakes.

Tenderlove, known in large part for making puns on Twitter and talking about his cat Gorbachev Puff-Puff Thunderhorse, has been employed by a number of impressive tech companies.

He also frequently gives talks at programming conferences that are not only entertaining but often change the way people think about code.

Despite being one of the world’s top programmers, he doesn’t take himself too seriously. That’s a trait that’s common among the best programmers.

Saron attended a coding bootcamp and landed a job as a developer. Subsequently, she started the CodeNewbie movement and has an awesome podcast about learning to code. Saron is a really amazing example of a really smart person who went the bootcamp route and made it work for her. I’d recommend anyone who’s thinking about becoming a professional developer to follow her on Twitter for awesome tips and inspiring advice. 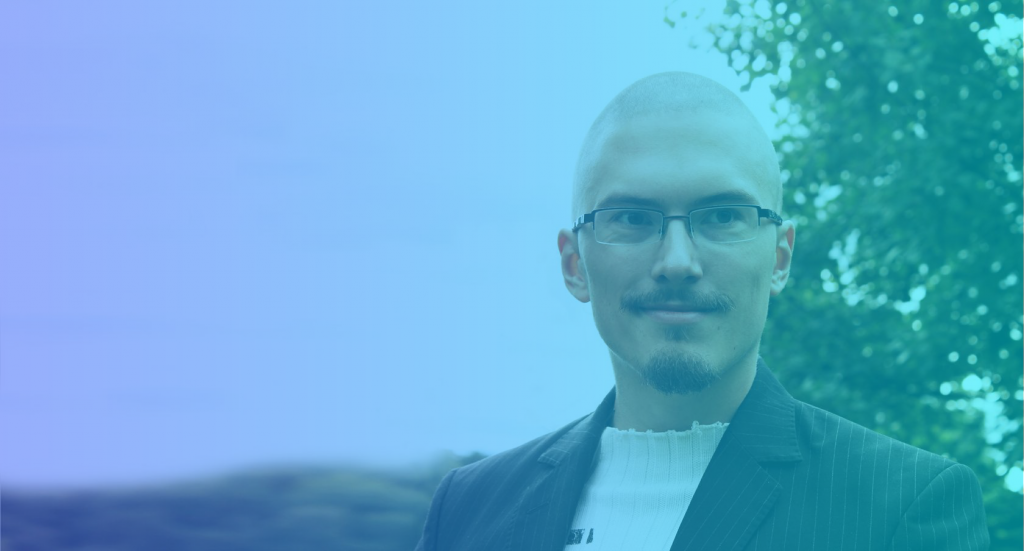 Mpj is a developer for Spotify and started a programming channel called funfunfunction. The channel is super entertaining, highly informative, and really motivational for programmers.

He got into programming after studying Theatre at a university in Sweden and has been programming for the past 13 years in a variety of different programming languages.

As a new programmer, it can be really easy to get “JavaScript fatigue.” If you find yourself falling into this trap, it can be super helpful to hear MPJ talk about what really matters when in comes to learning. Here’s something really smart that he said:

“Are we forever cursed to do this tooling rodeo, where we try to hold on to the job market for dear life?  Constantly learning new tools as they pop up all over the place like a bizarre game of whack-a-mole?

Well, instead of trying to predict the future, which we as humans are really bad at (take a look at Sci-Fi from the 60’s), instead you should learn the stuff that doesn’t change around a lot.  Learn the things that have been known since the 70’s and has been true since.

John Sonmez, a software engineer, retired from his full-time job at the age of 33. He currently blogs over at simpleprogrammer.com. He got into computers from an early age and went to college to study CS.

John says it how it is. He gives some awesome, frank advice about breaking into tech. I definitely recommend checking out simpleprogrammer.com and reading his advice about becoming a well-rounded programmer.

Mark Cuban, the owner of the Dallas Mavericks basketball team, is generally seen as a huge success. Cuban got fired from his first full-time position and was sleeping on the floor of his friend’s house before his big break. Cuban started his own company, Micro Solutions, where in addition to selling software, he actually worked to program computers too.

He eventually started broadcast.com, another tech company, and sold it to Yahoo for billions of dollars.

These days, you can watch Cuban invest in companies on ABC’s show Shark Tank.

It can be really inspiring to listen to him speak about pursuing success and competing in the world of tech business. Cuban is a born competitor with a track record of success with technology.

“It comes down to finding something you love to do and then just trying to be great at it.” 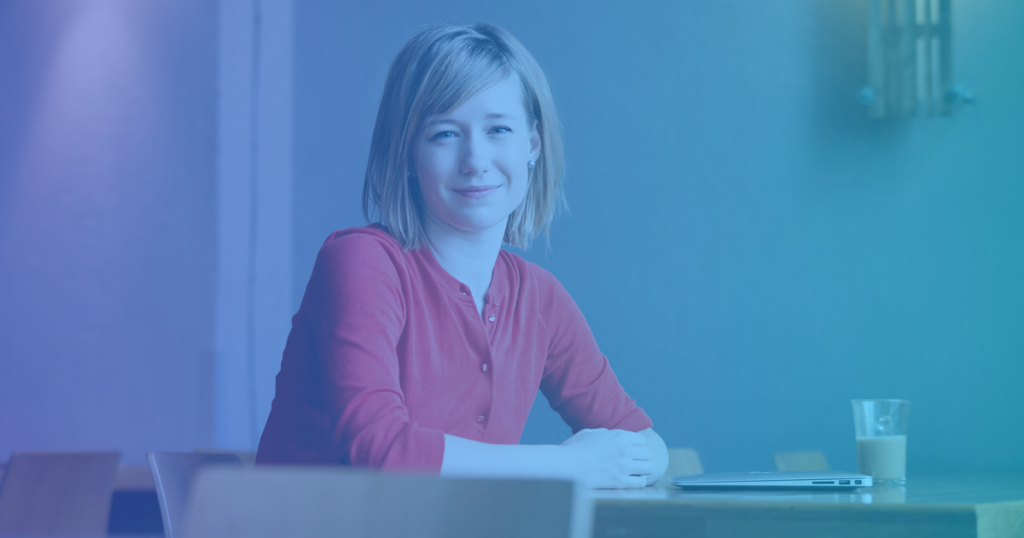 Linda started Rails Girls, which helps teach young women to code in 260 different cities across the world.  She got into programming at an early age by building websites, but she attended college to study business, philosophy, French and mechanical engineering.

“When I got back into programming, I felt all the same excitement and happiness I did when I created my first website.  I started Rails Girls because I wanted to share that happiness and show it to other people.”

To say Richard Stallman is a “character” would be an egregious understatement. Despite being a prolific programmer, he uses computers in a shocking way. Richard started the free software foundation. He has some really strong opinions on things that you probably spend very little time thinking about, like software licenses.

After studying physics at Harvard and MIT, he worked in MIT’s AI research lab for a while. He’s probably best known for pioneering the GNU / Linux operating system movement. He’s also known for having a number of serious quirks:

“I firmly refuse to install non-free software or tolerate its installed presence on my computer or on computers set up for me.

However, if I am visiting somewhere and the machines available nearby happen to contain non-free software, through no doing of mine, I don’t refuse to touch them. I will use them briefly for tasks such as browsing. This limited usage doesn’t give my assent to the software’s license, or make me responsible its being present in the computer, or make me the possessor of a copy of it, so I don’t see an ethical obligation to refrain from this. Of course, I explain to the local people why they should migrate the machines to free software, but I don’t push them hard because annoying them is not the way to convince them.

Likewise, I don’t need to worry about what software is in a kiosk, pay phone, or ATM that I am using. I hope their owners migrate them to free software, for their sake, but there’s no need for me to refuse to touch them until then. (I do consider what those machines and their owners might do with my personal data, but that’s a different issue, which would arise just the same even if they did use free software. My response to that issue is to minimize those activities which give them any data about me.)

That’s my policy about using a machine once in a while. If I were to use it for an hour every day, that would no longer be “once in a while” — it would be regular use. At that point, I would start to feel the heavy hand of any nonfree software in that computer, and feel the duty to arrange to use a liberated computer instead.”

You read that correctly. Richard Stallman refuses to use software that doesn’t have an appropriate license agreement.

iTunes?  Forget about it.

He also doesn’t purchase things online and rallies against big companies like:

He even rallies against pay toilets.

Stallman’s opinionated nature and principles about making software free, open and available created a movement of people who rallied around his ideas making the web a better place. It’s inspiring to see someone believe in a cause to the level that he does. 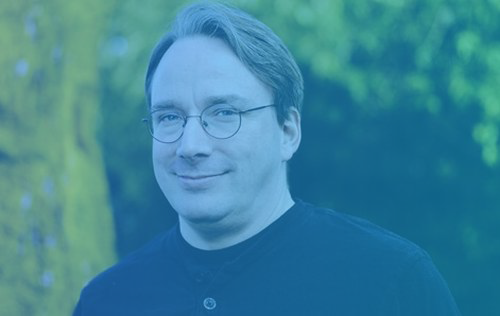 Linus has gone through his fair share of controversies. Other developers have criticized him for insulting them when working on the Linux kernel with him. But that doesn’t change the fact that he wrote the core of what powers the computers used by most modern web applications.

“No-one has ever called me a cool dude. I’m somewhere between geek and normal.”

Bill Gates is another famous Harvard dropout who went to start a massively successful company. Like Zuckerberg, Gates dropped out of Harvard during his sophomore year. He obviously then went on to start Microsoft and held various roles at Microsoft since, including CEO and Chief Software Architect.

Gates is on track to be the world’s first trillionaire. He’s also heavily involved in massive philanthropic efforts through the Gates Foundation.

The Gates Foundation is now a leader in the fight against malaria, disease, and agricultural research. Bill himself donated $28 billion dollars to the cause.

“Software is a great combination between artistry and engineering.”

Programmers help build the world we live in

Many of the world’s most successful people started in programming.

Plenty earned degrees in other fields.

Others simply dropped out of college.

Their backgrounds didn’t matter. What mattered was that each of these 11 people has been able to help change the world we live through their knowledge of programming.

Some focused their efforts on creating successful software businesses. Others set out to make the world and more open, connected, and free world.  All of them changed the world in a significant way.

Lots of the world’s most successful people started in programming.

And if you really think about it, it makes sense.

Programming is the ultimate form of problem-solving. Learning to code humbles you, and it forces you to become more resourceful and resilient.

It’s not surprising these 11 inspiring programmers were able to find a path to change the world.

One thought on “11 Programmers Who Changed The Game”