The best way to learn anything is to fully immerse yourself in it. Coding is no different. There is so much out there to learn. So if you really want to dedicate yourself to learning to code, you should be integrating code into your everyday life. Doing so will keep it top of mind, and it will give you the motivation to keep learning.

In this post, we’ll get into the 11 simple and actionable things you can do- in about 5 minutes- which will help immerse you in code.

Let’s face it. There are plenty of times when it’s not practical to be coding. For example, when you’re commuting, working out at the gym, or doing any other type of physical activity that doesn’t allow you to be on a computer.

Despite the fact that you can’t actually write code while doing any of these activities, they can still be great opportunities for you to learn.

Don’t waste these opportunities. Instead, try listening to some coding-related podcasts. There are a ton of quality ones that you can check out.

Here are some that I’d recommend trying:

You know you’re a developer when you log into Facebook to look at cat videos and wind up being pulled into an interesting article about programming.

Here are some for you to check out: 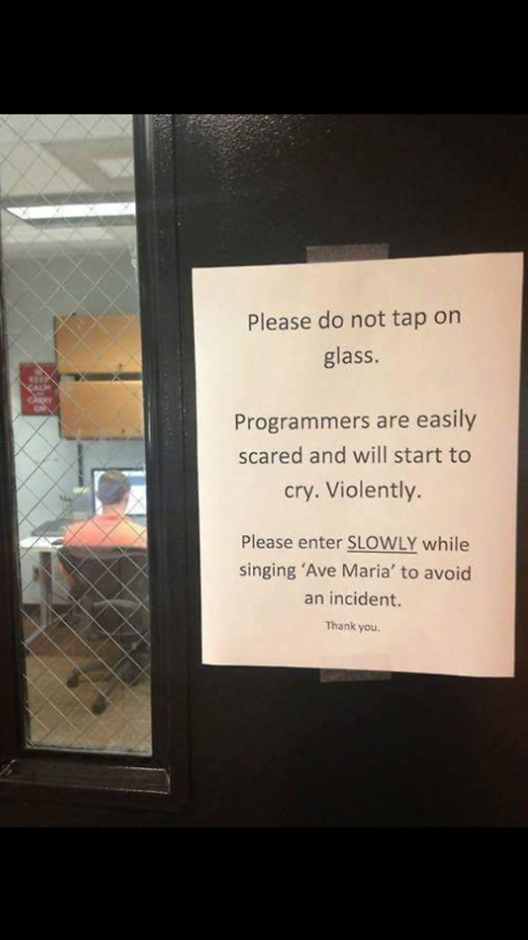 Don’t underestimate the value of Facebook groups, too. Make sure that you check out these groups:

Programmers often watch TV shows about other programmers. This can be a nice way to relax after a long day of coding.

The HBO Show Silicon Valley is a fun one to check out. It’s ridiculous in a not entirely untrue way, so it’s cool to watch the characters talking about code.

You could also check out Mr. Robot. This is a high suspense show about a computer programmer who gets recruited into an underground hacking society. The producers did their research, so it’s also far more true than the typical hacker-dramas that you’ve probably seen in the past.

But obviously, beware of anything you see on TV. A lot of the stuff you see is entirely untrue, usually in a comically bad way.

For example, check out this clip from CSI, where the programmer suggests “creating a GUI Interface with Visual Basic to track an IP Address.” Real programmers will laugh at moments like these because they always seem to use a bunch of buzzwords that typically lack any coherent meaning.

Watching coding-related stuff on TV can be a good break. But don’t spend too much time doing it. If you want to get good at coding, you should make sure you spend all the time you can actually writing code.

One of the first things that I do when I wake up is check my inbox for the interesting posts sent to me by Medium.

Here are a few publications that you should consider following.

There are many other medium publications that produce really excellent content that is worth immersing yourself in too! Make sure to click the Follow button to the publications you find interesting!

If you really want to immerse yourself in coding, I’d recommend checking out these 2 blogs and bookmarking them for later.

6. Set Up An Informational Interview

Informational interviews will help you expand your network, learn to talk the talk, and help you build meaningful relationships with someone who can help you out down the road. In a lot of cases, people who play their cards right can transform an informational interview at a company they like into an actual job at the company later on.

If you know the company that you’re interested in, you can probably find the email address of a developer who works there by looking at their GitHub account.

Use that to get in touch.

Then convince them to get coffee with you for a short meeting.

How do you convince someone to say yes? Programmers are often pretty busy, so you need to understand the right way to approach someone for an informational interview entirely cold. Here’s how I would do it:

First, I would search for job listings in your area on Indeed.com using the buzzwords I know (think: Ruby, Rails, JavaScript etc.). As an example, let’s say I found a listing by Grammarly.  While I’m not particularly good at grammar, I’ve used their product a ton and found it super helpful. It might not catch everything, but it helps turn my mistake-laden writing into something far more comprehensible.  I really love their product – genuinely. This means that I wouldn’t have to fake being interested in what they’re doing.

I’d then search Linkedin, find some developers that work at their company, and do a Google search for “github [Copy & Paste the name]”. This should lead me to their email address.

I’ve been a user of the Grammarly product for a long time.  Products like Grammarly have been a big motivation for me to find a career in technology.

I found your email address from your GitHub profile and wanted to reach out.  I’d love to quickly pick your brain about what it’s like working as a software developer on such an exciting product.

Can we meet in person for coffee for 15 minutes – someplace near your office? I’d love to get your advice about what type of companies you think are the most exciting to work for and advice you’d have for someone like me breaking into the field.

P.S.  Just kidding about the typo.

Then I would try to just meet and have a conversation with this person for coffee.

If you manage to line up the informational interview, don’t pitch them on working for the company. Instead, follow up every few weeks and give them an update on your progress with learning to code. Months later, this quick email and coffee meeting could easily be something that gets you an in at a cool company.

The programmers who have built the tools you’ll be using are on Twitter and often talk about things related to the code you will be writing. Following developers and seeing their different opinions will give you insight into what the authors of awesome tools are talking about.

So follow these people, and also follow @FirehoseProject while you’re at it to get awesome stories and advice from our team and our students every day.

One popular site, Hacker News (aka news.ycombinator.com), includes links to other sites (usually ones about tech and programming).

You never know when a meetup is going to come to your neighborhood.  Head over to meetup.com and join the programming communities near you. My suggestion is to search for:

Next, just indicate you’re interested in programming. Before you know it, you’ll get fairly frequent emails inviting you to join other programming related meetups that you can use to expand your network.

Websites like CourseReport and SwitchUp frequently talk about a lot of different options that exist on the journey to learn to code. Here are two in-depth blog posts that are worth checking out:

11. Find A Program That Helps You Build a Portfolio Page

Finally, if you really want to immerse yourself in code, why not get started coding and build out an awesome portfolio page? Doing so will teach you some fundamentals of programming and give you the motivation to keep on coding. Here’s one that I built in our new Firehose 2-Week Software Engineer Intro Course: 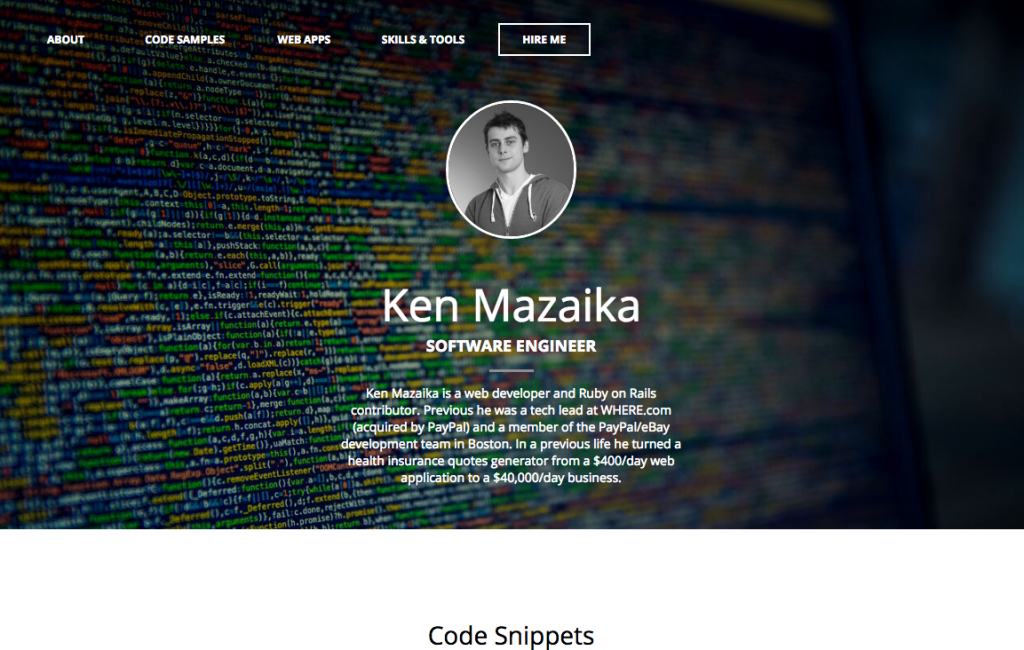 Our 2-week intro course is free and has no strings attached. We have real developers review your code, we teach you how to build an awesome portfolio page, and we help you learn some of the things that are talked about in all of the communities mentioned above in this post.

Like anything, becoming good at programming is about immersing yourself in the craft.

If you want to improve, the best way to do it is to completely throw yourself in. Actually spending time coding is the most important action you can take. But there are tons of really simple things that you also can do in your “free time” that can help you become a better programmer.

Try a few of these actions and see what happens. You might surprise yourself with everything you’ll end up learning.