7 Pieces of Advice To Build a Career You Love

There’s a common misconception that successful people map out every step of their path to success, which enables them to build a rewarding career. But often, that’s simply not the case.

Very rarely will this approach lead to a career you love. The common denominator among most successful people is typically something entirely different: successful people are really, really good at adapting as they go.

They excel at reacting to reality, rather than working within the confines of a rigid plan. Knowing how to react gives you more control over your career.

Successful people often accept that a lot of the problems they face are a result of their behaviors. They don’t spend time trying to pass the blame off to other people, processes, or environments.

Think about it. You don’t have the knowledge you need today to know the shortest path to career happiness 5 years down the line. However, you probably have a few ideas about how to head in the right direction. You probably also know in your gut if a massive change is needed, or if you just need to make a few small adjustments.

Often, the best way to find a career you love is to roll with the punches rather than plan out every single detail. I’ve got 7 pieces of advice that I’ve learned to help steer you in the right direction. 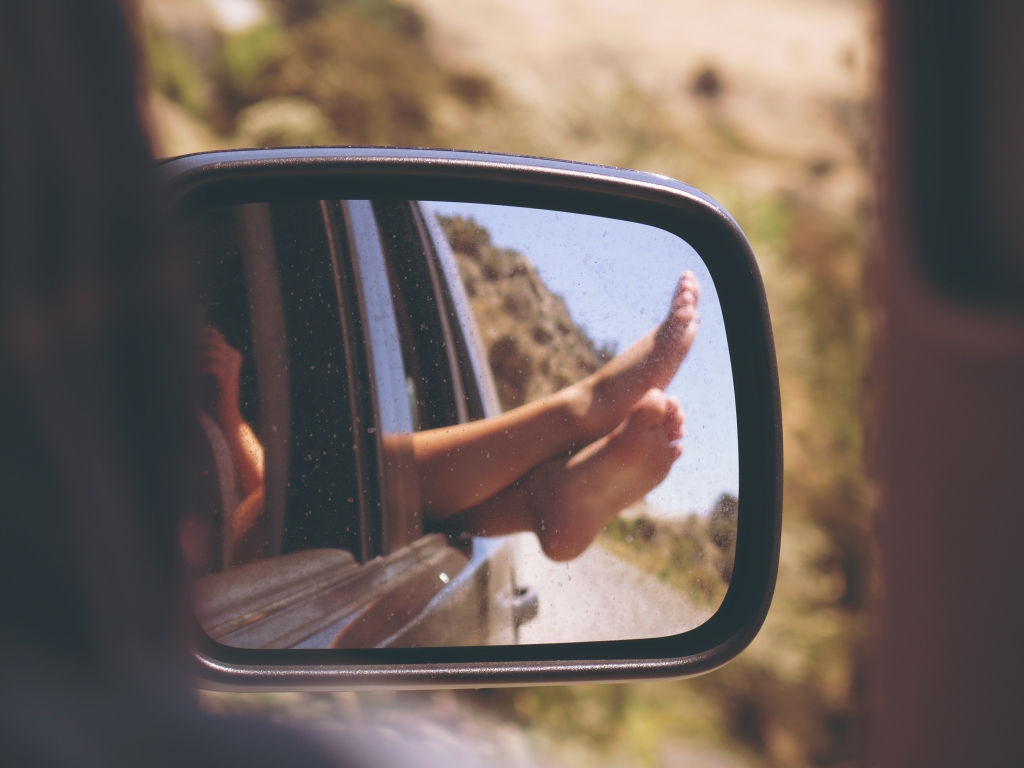 1. Finding a career you love is about always moving in the right direction.

Treat your career like a flexible road trip, not a trip from A to B.

There might be stops along the way you want to make, but that doesn’t mean that you need to micromanage your path to your 10-year-goal. For all you know, your life will substantially change in the near future. Your desires and goals could change as well.

In the Animaniacs cartoon show Pinky and The Brain, the two main characters try to execute their plan of taking over the world every single episode. Perhaps if they were more patient, rolled with the punches, and lived life like a road trip; they would have been more successful.

This doesn’t mean people that people shouldn’t take actions to achieve their career goals. It just means that you can reach your long-term goals by simply taking small actions over time that get your progressively closer to where you eventually want to be. Once you stop trying to hit home runs during every at-bat and understand the value of a small bit of progress, you’ll set yourself up for long-term success… and you’ll be happier at every stage along the way.

Early in my career, I aspired to be the manager of the web development team I was working on at the time. I wanted to be the manager so that I could make a bigger impact than a single individual contributor. I tried to drive the success of every project that I was assigned to help put myself in a better position to achieve my key goal.

Over the next few years, I learned something incredibly valuable.

There is a huge difference between being a leader and being a boss. I soon realized that I no longer had any desire to manage people.

Years later, my boss quit and a management position opened up. This would have been the perfect opportunity for me to step up, and I knew that I could land the position if I still wanted it.  Instead, I urged one of my coworkers to step up to the role instead of me.

I realized that I would be happier writing code, and lead the team as a productive individual contributor. I had no longer wanted to involve myself in the meetings and politics required of the role. But because I was motivated to keep taking the steps to becoming my best self, I discovered that a role that allowed me to lead by example was perfect for me.

Always make sure that the steps that you take in your career are pushing you closer to where you ultimately want to be.

2. Going in cold is often better than over-preparing.

Recently, a close friend asked me to prepare a 2-hour talk about an advanced programming topic that I was passionate about for a group of people that I had never met. I accepted and spent nearly 8 hours preparing the best possible slide-deck and rehearsing specific talking points that I wanted to cover.

I was excited to crush the talk. So I showed up, started going through my slide-deck, and even planned out a series of jokes that I thought would help me capture the audience’s attention.

When I started speaking about the advanced programming topic that I had spent hours preparing for, the audience soon started questions. A lot of questions. These questions were very much about things that were more about programming fundamentals than the advanced topic I was asked to cover.

Around 45 minutes into the talk, I realized that I had prepared the wrong presentation for this audience.

At that moment, I realized that I needed to do something completely different in order to offer any real value. So I ditched the slide deck that I had spent 8 hours preparing, and I started winging it.

As soon as I let go and let the conversation go in its most natural direction, everything began to come together. We ended up having a really awesome discussion about programming fundamentals, and I was happy that things worked out.

For example, if you’re a junior web developer today and ultimately want to become the VP of Engineering at a hot new startup, don’t plan out the details. Instead, roll with the punches.  I’ve seen some of my closest friends embrace this philosophy, and it’s made the difference between them continuing to do something they hate and getting closer to their end goal.

If you put in the energy, you can build a career you love by doing something you love. You might not be able to make a ton of money doing it, or you might make a lot of money from it. But the bottom line is that it’s doable.

I’ve worked as a software developer for over 10 years, and I’ve loved it. I genuinely enjoy shipping new features, working with product managers to communicate key insights, and being able to impress my coworkers with my code.

And right now, I’m writing this blog post, which I love doing because it allows me to see people respond, engage and share the content that I’ve taken time to write.

There are a ton of different career paths out there. You don’t have to pick one that you hate. You can pick a career you love.

Also, doing something you love gives you a huge advantage over someone who doesn’t share the same passion. People who genuinely love their craft spend time outside of the traditional 9-5 working. This means that all things equal, they will be better than someone who puts in the minimum amount of effort.

In programming, it’s common for developers to work on a passion project…just for fun. They do this because it just feels powerful and awesome to create something out of nothing.  Passion is contagious. People want to be around and support people who are excited about the work they’re doing.

Doing something you love is far more practical than counting the hours.

Winging it falls flat if you’re the type of person who pretends they know things they don’t. Nobody is going to blame you for admitting that you don’t know something. In fact, you’ll earn far more respect by admitting what you don’t know and talking about what you know instead.

There’s One Behavior You Can Learn in 10 Minutes That Will Change Your Career.

Once you acknowledge what you don’t know and seek to understand it, you’ll find be forced to do one of two things:

By formulating a search term, populating Google, and reading through each of the top 10 results in a new tab, you’ll be able to gain proper context for just about any situation that you’ll encounter during your career.

Instead of focusing on the negative, think about what you do know and how you’d figure it out. Having the mentality of “No…but…” empowers you to admit what you don’t know and take the conversation in a direction that still adds value.

It also turns out it’s a powerful life-hack you can use to perform significantly better on job interviews.

People who do what they love for work often love doing it because they’re really good at it. And the fastest way to get better at something is to absorb critical feedback and use it to improve.

The advantage of winging it is that it gives you the ability to react proactively. So, in order for it to work, you have to listen to react to the feedback that you receive along the way. Doing so will take you closer to your goal and allow you to build a career you love. If you think you can ignore the feedback, you’re missing the point entirely.

You should always be open to constructive feedback in all areas of your career, especially early on. 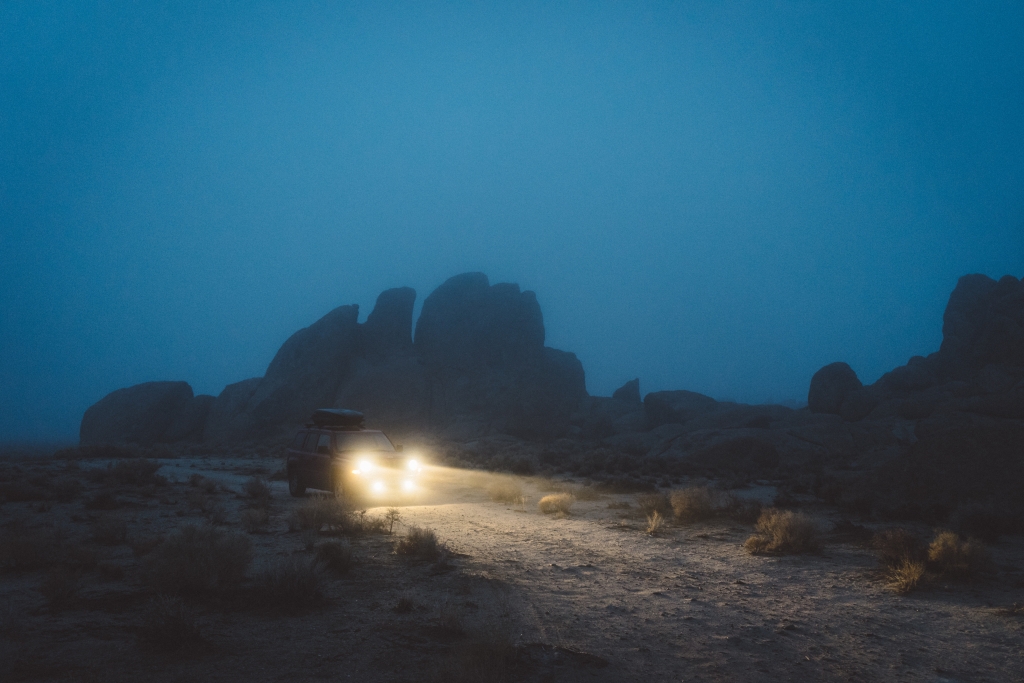 6. Invest in Yourself and Take Calculated Gambles.

It takes work to get the opportunity to have a career you love. And that’s ok. But at each stage of the game, make sure you’re making the right bets along the way.

In most situations, it’s more important to learn the fundamentals of something than to learn the flavor of the week. You want to understand the right mental models, which will allow you to solve problems over the course of your career.

So wing it, and take the right types of gambles. Always try to put yourself in a situation where you’ll be in a better spot than where you are currently, regardless of the outcome.

If you’re winging it, you’re probably going to mess up at some point. You might even mess up a lot. And that’s ok. You’ll probably get passed up for a promotion.  Or maybe you’ll even get fired, like the super successful entrepreneur Noah Kagan (employee #30 at Facebook).  Hey if you’re operating without a plan, things will happen.

Successful people try to learn the lessons from every situation that they encounter, no matter how good or how bad the outcome. They put things behind them, and if something goes wrong they do everything they can to prevent it from happening again.

During my career as a web developer, I once made a mistake that cost my company over $10,000. It ended up teaching me one of the most valuable lessons of my life.

Even though it won’t feel great at the time, if you embrace it as a learning experience, you can take a negative and use it to drive you towards a career you love.

Your career path shouldn’t be rigid and tightly structured.

This isn’t a movie script. You’re not a character. And there is no distinct arc that your career needs to follow. So accept it, let go, and pay attention to every moment that occurs during your road trip. Constantly reevaluate your decisions, figure out if you’re headed in the general direction that you want to go, and be ok with changing things up if you feel in your gut that it’s what it takes to end up with a career you love.